Life at a hotel during the Covid-19 pandemic - Part 2

In the last article, we talked about the first lockdown, how it affected the staff, and reopening the hotel. If you haven’t read that part, you can do so over here. In this part, we will talk about how the entire situation affected various departments and aspects of our daily operations, routines, workload and morale. So we recommend that you grab a cup of coffee, dim the lights, and immerse yourself in our story. 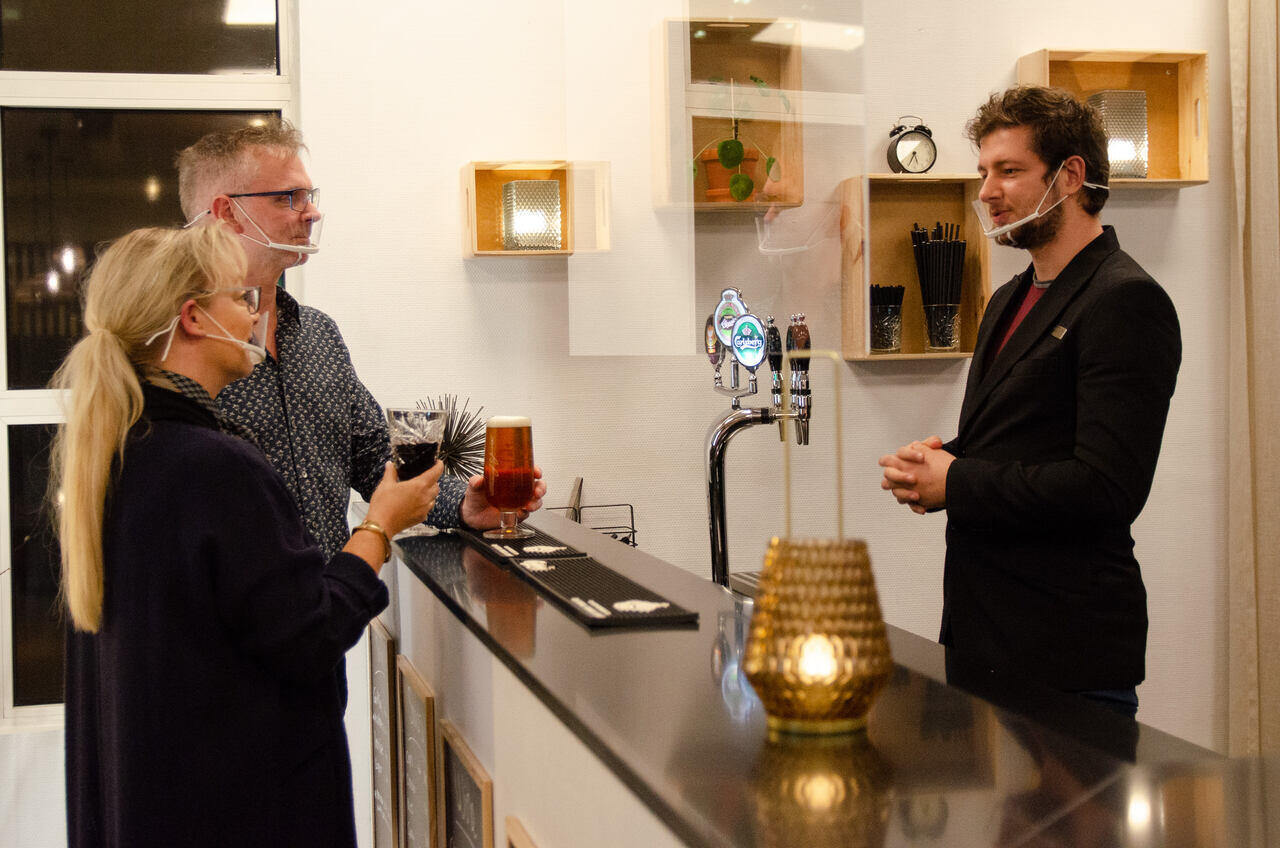 For the guests, the reception is (almost always) the first and the last contact point with the hotel. It is therefore also expected and extremely important that the staff are well-informed about any operational changes due to external factors (such as Covid-19). But did we manage to keep up with the volatile environment caused by the pandemic, in combination with the government rushing to put band-aids on the problem so it will not get out of control? The short answer is “no”. We did our best to prepare for the upcoming restrictions and have a plan for multiple scenarios, but nobody could predict what they would be implementing next. We quickly realized that the restrictions and guidelines provided by the government were focused on bars, cafes and restaurants, where most people were closely packed together. Some restrictions were “dripping” over to the hotel industry, but with a huge lack of clarification, since hotels are built differently and do not always provide the same facilities and services.

The situation did not put us in an easy position. Every time a press conference was over, we started receiving phone calls with questions such as “Can you still serve breakfast?”, “Do you have a “to-go” solution?”, “Will you be closing?”, “Can we still sit in the lobby / common areas?”, and tens of other variations of the same issue: “What happens now?”. We often had to contact the authorities to clarify what we may and may not, before being able to inform our staff and our guests properly - and it was frustrating for everyone. For example, it was never clearly stated what exactly we could sell from our bar/shop in the reception. Could the guests enjoy their soda in the lobby after 22:00, or did they have to take everything to the room? It was stated that all sales had to stop and common areas to be empty after 22:00, yet some stores could still be open and sell food and beverages in the city, so did we qualify as a store, or did the “standard” rules apply to us?

Overall, we know that the situation was not ideal, and that the authorities were doing their best to be as thorough as possible, but we fell into a category that was obviously not as highly prioritized.

Going from a buffet-style breakfast to a new method of serving the most important meal of the day was a process filled with trial and error. Many attempts had been made to create lists, seating plans, a-la-carte, and other systems that would prevent the guests from interacting too much with each other and the staff (for safety reasons of course). They say that you can’t satisfy everyone, and “they” are right. But we had managed to create a system that received praise from most of our guests, and worked well enough for our staff.

For a while, we ended up serving “standard” meal packages, whilst seating everyone with appropriate distance in the restaurant. When some of the restrictions were lifted, we had managed to revert to our buffet, however we had to limit the number of people that can be around it, as well as nudge people to always wear disposable gloves and a mask, when walking around in the restaurant. While some people appreciated and respected the new procedures, we often had to “remind” guests to wear the disposable gloves, read the signs and keep their distance around the buffet. Some were not used to the “new way”, which is understandable, while others willingly ignored the measures, thinking that they are not necessary. We did not enjoy “playing police” telling people what to do, or how to behave, but it was necessary sometimes, in order to make sure that everyone feels safe during their stay.  Our biggest challenge and greatest regret is that we were unable to be as close to the guests as we would have liked. Service and hostmanship is in our DNA, yet we could not stand next to our guests, look into their eyes and have a relaxing chat about their stay, with a big smile on our faces, as we usually would have done. This was partly due to the distancing 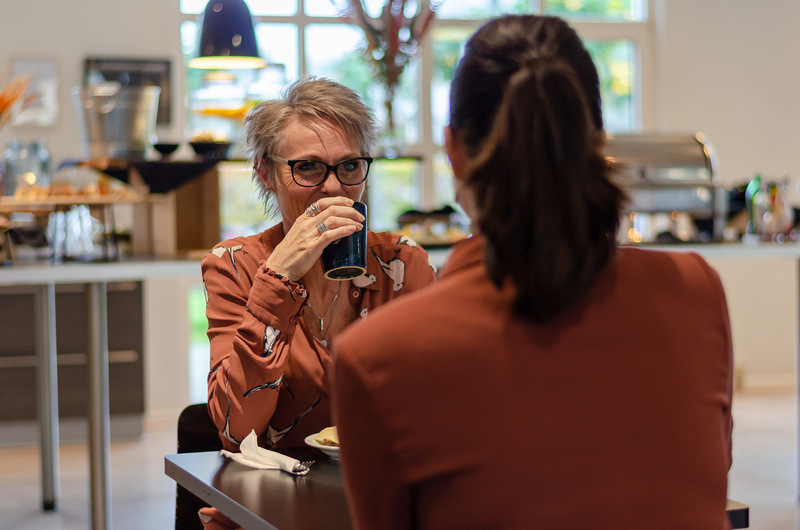 requirements and masks, and partly because we had to cut down on staff due to lower occupancy. We often had to “borrow” staff from other departments, to fill the gaps in the restaurant or in housekeeping. The situation was especially challenging during times when we had a full house, where we had to manage up to 300 guests, when the maximum allowed seating capacity for the restaurant was 50 (due to the restrictions). The entire situation, regretfully, affected our freedom to deliver the level of service that we would have desired, in order to create a safe environment for our beloved guests.

Our staff were thankfully highly dedicated, and extremely quick to adapt to the new changes, and we owe them our sincere gratitude for stepping up and handling the situation professionally, and with a smile (under the mask).

One of the main concerns during the pandemic was how to protect our guests as well as ourselves during housekeeping. The cleaning staff are the ones that go from room to room and are in contact with everything that everyone interacted with. Our main procedure change was regarding stayover cleaning. The rooms of guests that had booked multiple nights, would not be cleaned during their stay. We are, of course, extremely sorry that we could not provide the high level of service that was expected and normally provided at a hotel, however the new circumstances forced us to focus on procedures that would maximize the safety of our staff and our guests alike. Whenever possible, departure rooms were also left alone for a few days, and cleaned freshly before a new guest’s arrival.  We also had to be much more thorough and had to clean more often in the common areas, with special cleaning solutions, in order to ensure that all areas are immaculate.

In a way, this became the “new service standard” – more focused on cleanliness than ever before.  Guests would often notice if there was as much as a fingerprint on a door in the hallway, or other minor things that would normally not be an issue. Suddenly, everything was treated like a health hazard. It was completely understandable in the given situation, which made us realize that we had to put extra energy into all housekeeping-related procedures and be more present in the common areas, to transmit a feeling of safety to our guests.

We have to be extremely thankful that our housekeeping staff stepped up to the task and were handling the new procedures extremely well. Many of our guests expressed their thankfulness regarding the new procedures, as well as the fact that we are doing our best to keep them safe while they were at the hotel. We hope that those who did not give us any feedback, could also look past the inconvenience of having to get fresh towels and toiletries in the reception (when needed), for the greater good and for their own wellbeing. 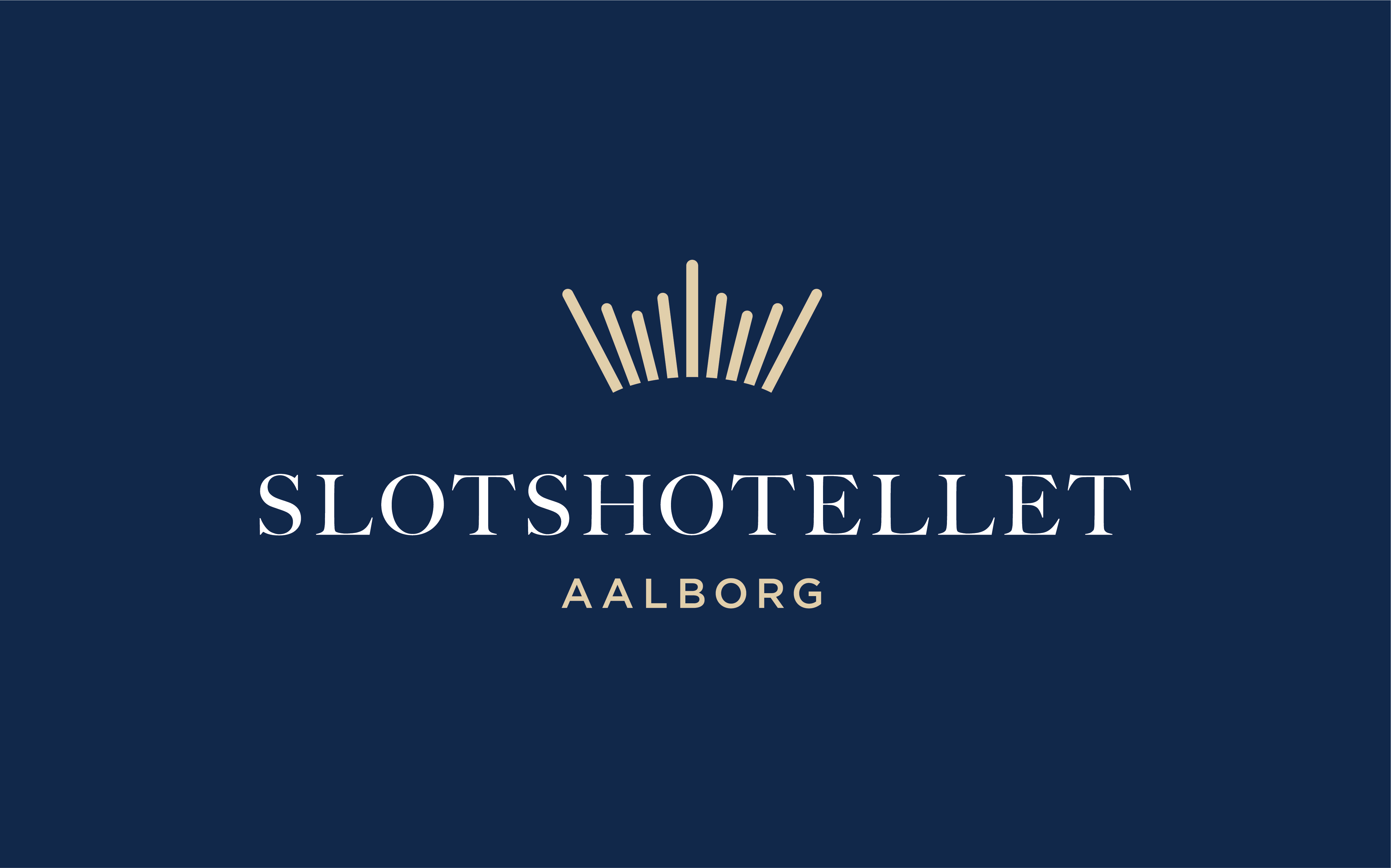 People started getting used to “the new way of doing things”, and after a while it came naturally to the majority of guests. All in all, we were excited to be back, and we were determined to do our best to deliver the highest possible service standard and keep creating unforgettable experiences.’

In the summer of 2020, our parent company, First Hotels, declared bankruptcy. The next day, we were acquired by the property owners and renamed to “Slotshotellet” (read more in our previous article - here). The rebranding process came with a whole new visual identity, a new website, and many new possibilities. It gave everyone a new hope and sense of a brighter future. As the months went by and the pandemic persisted, the promise of being part of this new journey kept everyone motivated and hopes were higher than ever. As elements of the new visual identity, merchandise, website and many other exciting things kept rolling in, people were actively seeing the progress of the hotel, and we were extremely happy to share it all with our beloved guests and the entire world.

The pandemic showed no signs of regression. Quite the opposite, it became more and more widespread around the end of 2020. Before Christmas, the authorities announced a new and more severe round of lockdowns, which were arguably most damaging and severe within the service and retail industry. Again, most employees in these industries have been sent home (in some cases even fired).

Slotshotellet decided to use this opportunity to engage in a hotel-wide energy-optimization project, which resulted in closing the hotel over Christmas, starting with the 18th of December. However, during this second lockdown, the management decided to stay closed until the restrictions are lifted and people can travel once more...

We are doing our best to keep in touch with the staff, even while they are sent home. On this occasion however, people seem to be a bit less worried about the situation, since it has become such a “normal” thing to experience after the first lockdown. The questions they have are mostly directed towards the authorities, as to when the entire society can open up again, rather that wondering about the hotel itself. Nevertheless, it hurts all of us to walk past the lobby of the hotel on a random weekday, and see the areas once filled with so much life, joy and good memories fade away into the dim light of one emergency-exit sign.

We know that it’s only a matter of time until we get back on our feet again, yet we have to appreciate the immense mental fortitude and loyalty of all our employees, whom have been handling this second lockdown with such maturity and have shown nothing but understanding towards an industry that is on its knees.

The future is uncertain at this point, but here at the hotel we have a positive mindset, and we are confident that when (not if, but when) we bounce back, when it will be safe to travel and see each other again, the entire travel industry will be one huge party, with loud music and fireworks. We are looking forward to greeting our loyal guests, as well as new travellers, with a big smile and our highest standard of hospitality. Nobody knows when the pandemic will end or when we can get back to work. There are new mutations circulating around the world and many countries are very careful about how they allow people to travel, be it for work or leisure. However, with the vaccines on their way, there seems to be a light at the end of the tunnel, and it’s getting closer and closer. We are all humans, and we live through the hope of a positive future… for us as well as our children and future generations.